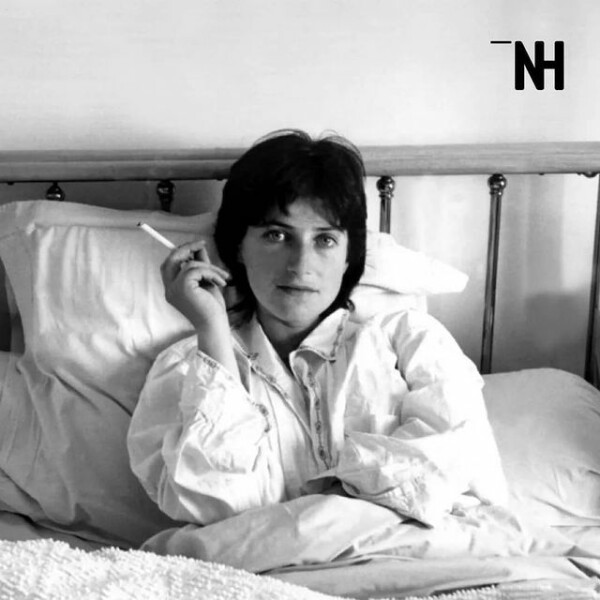 “Here was born an old child and as a result, the child never grew up. It moved in the world of adults like an old child, and didn’t manage very well. The old child said if its mother passed away, it would have nowhere to come back to. (Chantal Akerman, My Mother Laughs)”

The New Horizons retrospective of films by Chantal Akerman is the first such extensive review in Poland of one the most important directors in world cinema. We have selected over twenty titles that represent Akerman's various identities, personas, and incarnations – as director of documentaries, fiction, short and long films, essays, musicals, melodramas, and comedy-dramas.

She is a writer and visual artist, the person standing behind and before the camera. A person who is independent and courageous and one undergoing psychological crisis. She is a woman, a Jewess, a lesbian. She is the daughter of survivors, confronting the silence of her mother, who survived Auschwitz, but lost her entire family there, while her father’s family went into hiding during the war, and both the director’s parents were Polish Jews. Therefore, during the Wrocław retrospective, we would like this theme – struggles with the past – to resonate particularly vividly.

The legacy of the Shoah is one of the key themes in Akerman’s films. And today, when epigenetics better explains the mechanisms of trauma inheritance, the traces of this experience become even more palpable in the artist’s works, many of which carry a double meaning. The mesmerizing and haunted From the East (D’Est, 1993) is just such a “dual” film, a travel essay in which the director traipses with the camera through countries that experienced the historic shock of the Soviet bloc’s implosion. From eastern Germany, through Poland and the Baltic states, we head to Moscow, setting off at a specially selected moment, the end of summer, so as to reach Russia during the harsh winter. Along the way, we observe women waiting (for what?) on the side of the road, a group of people wandering (where?) on the crackling snow, crowds growing at railway stations, long lines forming at night: a collective body frozen in anticipation, cemented with a common fate.

From the East is about a world that looks like the coming of a new one, but it is also a journey into the past. As Claire Atherton wrote in her memoir about Akerman, During editing, we felt that the long camera runs over the faces of waiting people, or the images of people walking, referred to other waiting and wandering, other queues, other stories immersed in history; but we never talked about it. In a similar, non-obvious way, the topic of the Holocaust returns, for example, in the documentary entitled From the Other Side (De l’autre côté, 2002), a story about the Mexican-American border through which illegal immigrants break through to the United States.The impulse to make the film came from an article in which the word “plague” was used to describe desperate people trying to escape their tragic lives. The themes of roots, family history and maternal silence are also discussed in the documentaries Down There (La-bas, 2006) or the latest Akerman film, No Home Movie (2015) devoted to her mother, as well as the wonderful and touching Food, Family, and Philosophy (Histoires d’Amerique, 1989), or the sensational, though little-known, tragicomic and touching film from the television series about grandmothers, Tell me (Dis-moi, 1980), which is a series of conversations with elderly women living in Paris who survived the Shoah. Also, the Belgian director’s most famous work, Jeanne Dielman, 23, quai du commerce 1080, Bruxelles (1975) is, in its own way, a palimpsest and evinces the protagonist’s constant bustle to “trample” her fear, existential rift, and mourning. But Jeanne Dielman is a film in which several fundamental themes of Chantal Akerman cinema intersect.

“If I have a reputation for being difficult, it’s because I love the everyday and want to present it. In general people go to the movies precisely to escape the everyday”, she said in a 1982 interview. Akerman was already known then as the author of Jeanne Dielman, a masterpiece whose protagonist is a single mother who works as a prostitute or, to be more precise, it’s simply a film about a life subordinated to domestic rituals. Akerman directed the camera towards the most banal activities, radically incorporating everyday life not only into the story, but also into the film’s structure. She did it through her legendary long scenes of peeling potatoes or kneading a meatball, shot without cuts, a unique choreography of the body moving between the living room, kitchen, bedroom, bathroom, harnessed in a treadmill of routine. And when her heroine hides the money earned from prostitution in a soup vase, it becomes clear that no one before Akerman had combined the home microcosm with the macrocosm of economics and politics so brilliantly or so precisely exposed the mechanisms of an oppression that are so “natural” they had been previously invisible to art. The private is political, proclaimed second-wave feminism, which in the 1970s dealt with issues of female sexuality or women’s work, including domestic work. The director’s radical films from that decade resonate with the voices of activists, artists and intellectuals – apart from Jeanne Dielman there is also Saute ma Ville (1971), I, You, He, She (Je, tu, il, elle, 1975), and Meetings with Anna (Les Rendez-vous d’Anna, 1978). Akerman’s cinema has always manifested the uniqueness of the female perspective on the screen.

The interiors of kitchens, hotel corridors and rooms, railway compartments, stations, shopping centers and bars are another important protagonist. The spaces, marked by melancholy and loss, resonate with loneliness and anxiety and are the constant companions of her characters. She is interested in the landscapes of inner life, landscapes of sadness. The constantly changing place-stops also reveal a trace of the director’s nomadic life. Living between New York, Paris and Brussels, constantly on the road, the artist also made her style nomadic: she journeyed between creating for the cinema and the gallery, while also radically experimenting with style; she attempted to make mainstream productions, sought out comedy (the tragicomic Food, Family, and Philosophy, tested melodrama as well asthe musical in Window Shopping (Golden Eighties, 1986). Akerman has filmed in France, Belgium, the United States, Mexico, Israel, Germany, Poland and Russia.

But the great subject of this cinema is also the mother – the embodiment of the strongest bond, the silence, the lost and endlessly sought-out home, with which the cinema of the daughter wrestles. It is no coincidence that Akerman’s final film is called No Home Movie (2015). It is a farewell documentary, an interview, a documentary full of words, yet filled with silence. It was originally supposed to be called Home Movie, but – as Claire Atherton relates – when someone pointed out that it sounded like “home theater,” she decided to stay with No Home Movie: Because I don’t belong to any home.

The Chantal Akerman retrospective will be accompanied by the release of the director’s book, My Mother Laughs (Ma mère rit, 2013) translated into Polish by Agata Kozak.These are notes from the last year of her mother’s life, about their relationship, but also a story about Akerman’s struggle with crises and her own identity. The program will also include a recital by cellist Sonia Wieder-Atherton, a longtime collaborator, protagonist of the films (A l’Est avec Sonia Wieder-Atherton, 2009) and the director’s life partner.

The retrospective will also include

On the 19th of August/ the recital of Sonia Wieder Atherton: “With Chantal”. 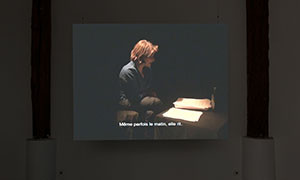 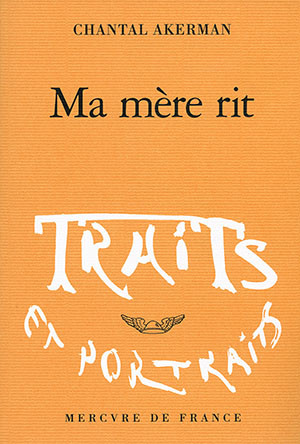 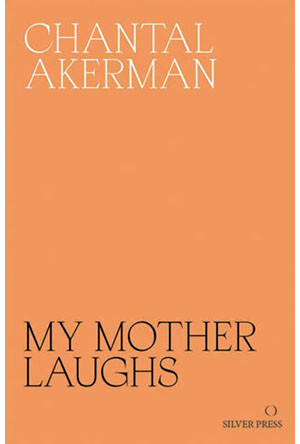 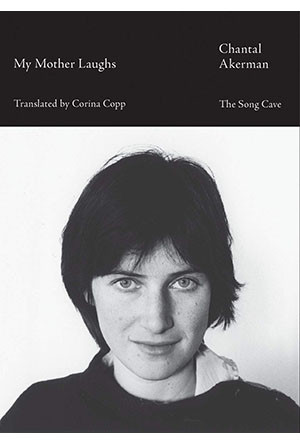 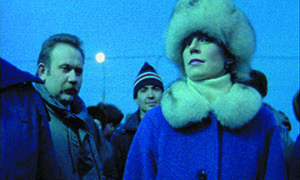 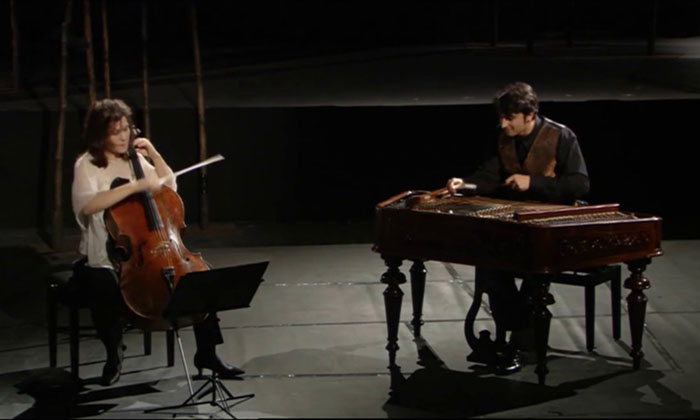 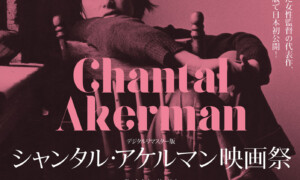 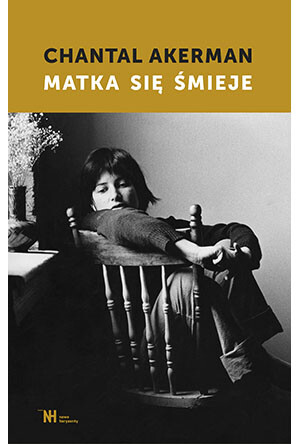 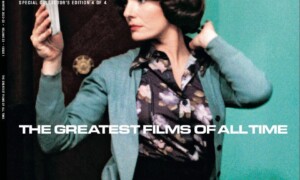 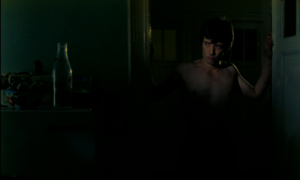 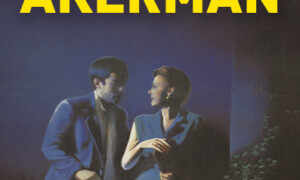 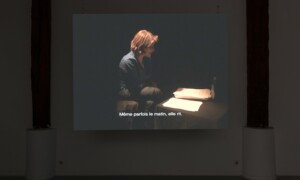